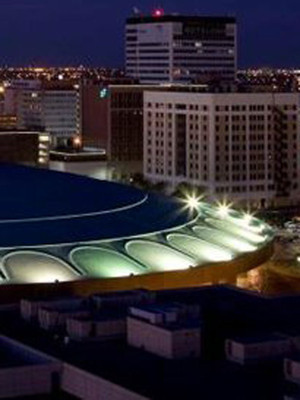 If you're happy to travel

Anastasia is also touring to:

A SERIOUS HIT! Broadway's got a bright new star its name is Anastasia.

Alert me on return

Once Upon A December...

Take an incredible journey to the past as the critically acclaimed, Broadway production of Anastasia comes to you on tour. Born from the pens of Obie and Tony-winning playwright Terrence McNally and Tony-winning writing team Stephen Flaherty and Lynn Ahrens, who ruled the Great White Way with their smash hit Ragtime, the musical draws on the score of the beloved animated film and includes the memorable melodies of Once Upon A December and Journey To The Past.

While it incorporates elements of the 20th Century Fox classic, this Anastasia avoids the film's more fantastical elements (gone are the talking bat and evil sorcerer Rasputin) in favor of a historically accurate version. New songs are woven into a more nuanced narrative where common folk flee the Russian Revolution and are forced to settle into the new life under the Soviet Union. Amidst the peril of a changing regime, an orphan named Anya rises to embrace her destiny!

What is Anastasia About?

Orphaned at a young age and unable to remember her parents or family, feisty street sweeper Anya falls in with charismatic conmen Vlad and Dmitry who, seeing an opportunity they can't miss, train her in the ways of the aristocracy, in a style similar to Eliza in My Fair Lady. They have their sights set on Paris, where the Dowager Empress resides. Mother of the overthrown Tsar Nicholas II and one of the only surviving Romanovs after the Russian Revolution, the Dowager Empress holds out hope that her long lost granddaughter Anastasia survived the terrible revolt.

Vlad and Dmitry, realizing Anya is the spitting image of Anastasia, convince her to sneak out of Russia with them to meet the Empress and claim their reward. Yet along their grand adventure, a budding romance blossoms between our heroine and the dashing young Dmitry, while the mystery of her birth unravels...

The tale of Anastasia is based on a rumour that circulated several years after the Russian Revolution. Although one woman claimed to be the lost princess, the truth has still not been discovered... could Anya have survived?

May be inappropriate for ages 7 and under; children under 4 are not permitted in the theatre

Two hours and 25 minutes, including intermission

You may be required to wear a mask during this performance. Please contact the venue directly for more information.

Anastasia leaves you with a profound message - you will never be recognized if you cannot recognize yourself and where you are from.

This is a review of the original Broadway production!

The actress who played Anastasia had such a beautiful voice, and all the... more

The entertainer who played Anastasia had such a delightful voice, and the... more

Read all reviews Write a review

Sound good to you? Share this page on social media and let your friends know about Anastasia at Orpheum Theater.

Keep up to date

I want email news and updates for events in my area! Read how we protect your data.

You know the drill, websites need cookies to make them work. Details of how we do it here. Hello! It's probably obvious, but we need to let you know that we use cookies to enable us to run this website and for it to actually work! You can find lots more detail in our Cookie Policy.
Got it!